It’s Biggie when he was smalls…get it? Nah? nevermind…

I will do a review and post it … and hit up the social networks when it’s done.

Biggie and Smalls and the “7 day Theory” 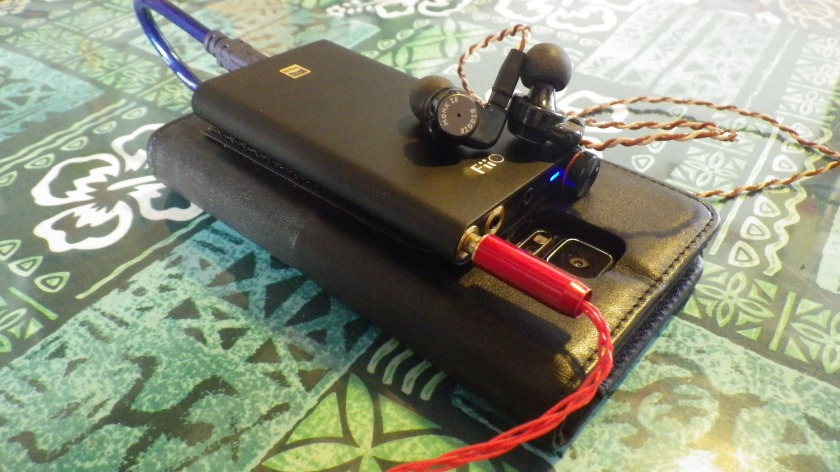 Figured Biggie would get clear benefits from a hardware bass boost.

This set-up Note4 and FiiO Q1mkII is much better than the X7II with stock AM3A amp.

Vinyl rip of…yeah Vinyl rip of All Eyez on Me sound nice. Bass boosted by EQ and hardware and some boost in treb and this sounds much nicer. All the dope mixing by Johhny J and D.J. Quick behind 2pac’s lyrics shining through.

I figured the Shozy Alien + would provide the power for VE Biggie but it is revealing the need for an eq in the late bass /mids?

Is the bass blooming into the early mids or are they recessed? Never seen a chart but it is one of the 2. Shame the Shozy doesn’t have even a basic EQ as the pair seems great but not enough tweakability. Actually sounds like something needs a boost more than a cut…

I will work on other devices EQ’s. This coulda been a nice pairing as the Shozy is epic in sound and ghetto in all else. 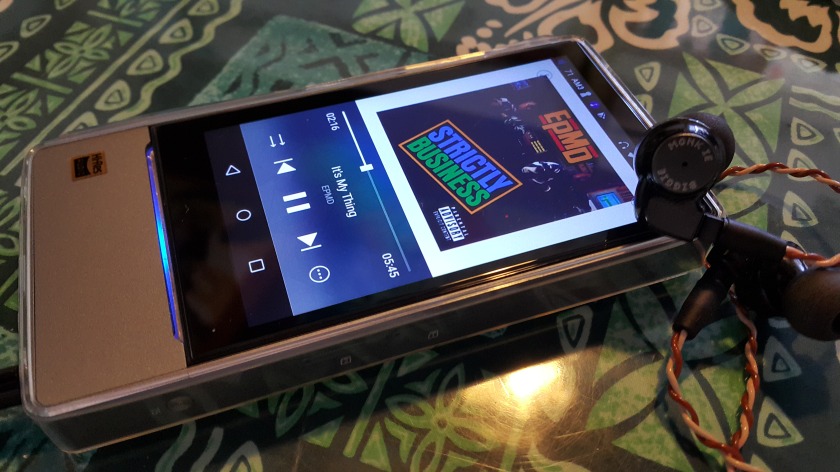 This is good, don’t get me wrong, but it’s not bass boosted goodness 😉 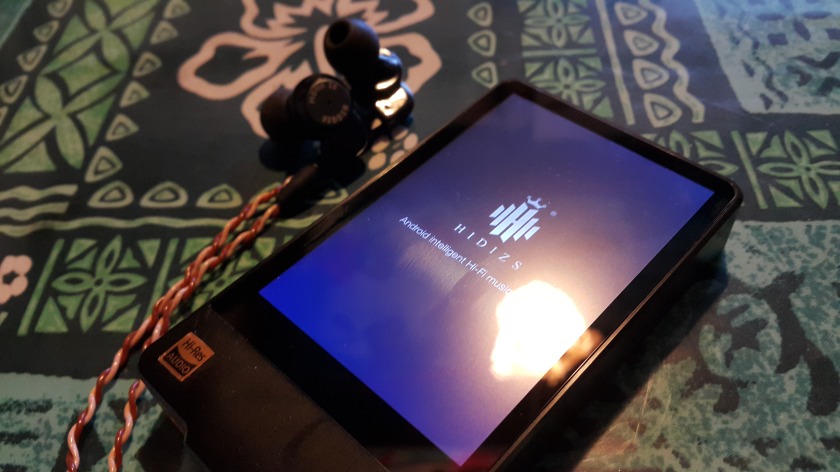 Sorry about the finger prints but it was crashing again 😦

Headfonics reviewed this while it was still on a early beat firmware which blew my mind. 3 months later and it is still having issues. 3 moths ago Hiby was crashing, the storage was going ghost and most folks reported that. Some sites need to balance being first with being….looking like a moron/tool/hype site

I got nothing about Biggie. Thing wouldn’t start. likely not a good pair due to power and limited EQ. I like the device but it needs work. 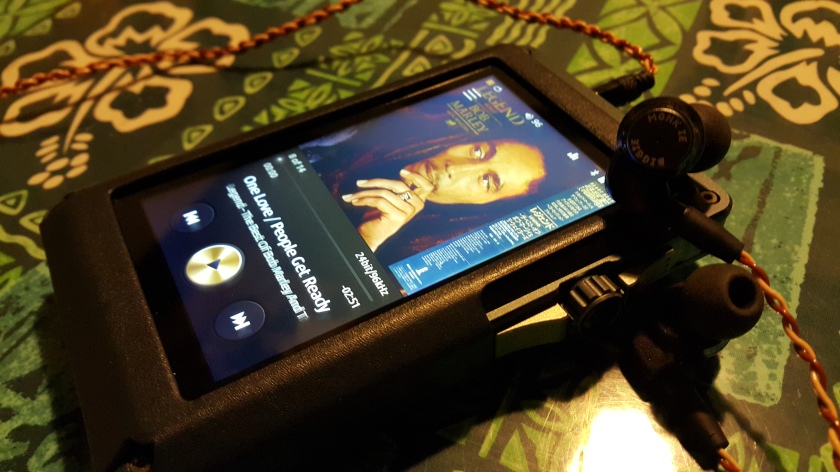 Pairing Biggie with the OPUS#2

Using the same EQ I used on the X7MKII and it sounds very good. This is still not as good as the Q1MKI which is really tripps since that is a amp/dac and it’s not very expensive but like the Melody ME.1…The Biggie seem to sound best with a good hardware bass boost.

I told Lee pretty quick that I liked Small the best of the 2 but with a good flick of a bass switch that choice is less easy. These need power. No question. Particularly to get good bass and through what seems like a slight veil? Not sure, but the increased dynamics that come from power do a lot for biggie 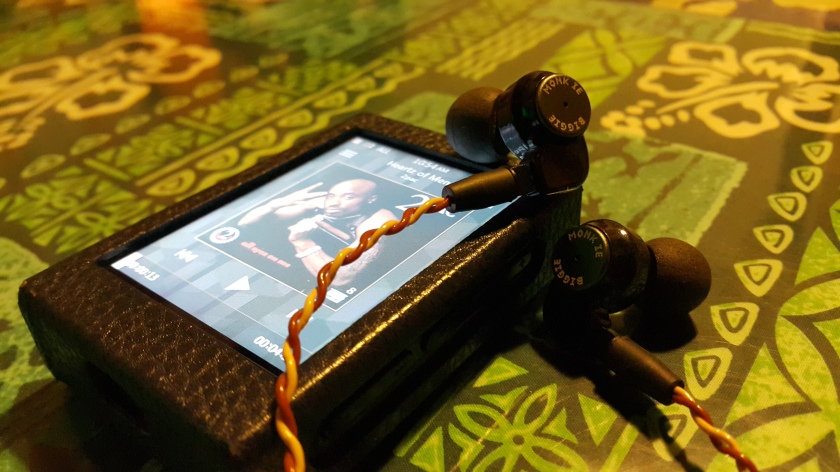 The more power the better. That is without doubt. Burn in be damned, these need to be kicked in with some juice. Gonna try to throttle em with an amp then see where we at.

Best pairing…and most potent source. Q1MKII with bass boost might be better though.

The Biggie monk IEM reminds me of the TFZ 5s.

Biggie has a detachable cable and fits better due to smaller housing though.

Lots of minute details going on in the background and if the bass is elevated to a tactile level the mids and some details get lost.  They are named after my favorite Hip hop artist’s chief rival but they are not best suited for basshead or bass dominant stuff.

Some folks will be happy to hear that 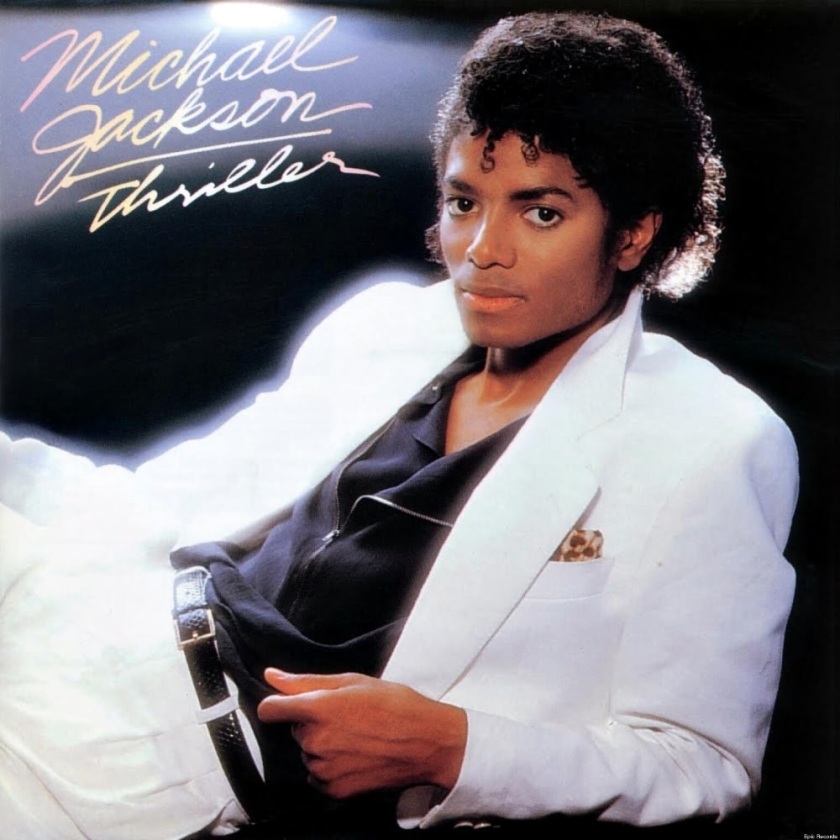 This sounds better as it does not require a big bass boost and the mids are left along to play back the Quincy jones engineered audio info fest. There is a lot going on and you can catch most of it at regular listening levels.

Not as crisp as Biggies brother “Smalls” but pretty much what the TFZ gave me.  I sometimes think I shoulda started with Smalls but I got a feeling Biggie will be left behind little brother over time so I start with biggie.

Foreplay/It’s been such a long Time 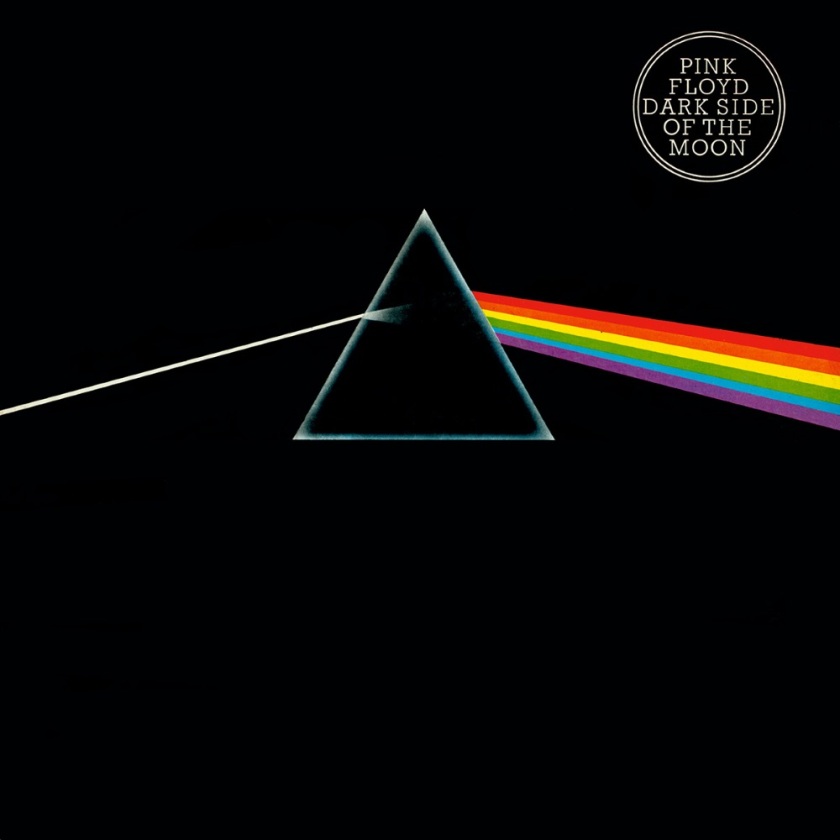 Biggie is not a stage monster.

This album sounds great but I use it for stage mostly and that is not this sets strong point.

So where the fuck are we?

Can slam with power but it WILL hurt the mids. I gotta feeling they are slightly elevated stock leaving less headroom before distortion or a veil forms. The Sony EX series are basically flat and have lots of room and 16mm and good power input handling so they are rare. Most single dynamic will start choking on 55Hz boosts.

**Hardware bass boost can help as it is not a DSP like EQ is…not really anyway, it helps this set a lot**

Fine as they are but will get pushed back by bass EQ.  Use a hardware bass switch to leave the mids alone as much as you can. These are not mid forward so you will push them back even further

Surprisingly not bad. The “V” ish sig means the treble is there and not piercing at all. Could be rolled after 9-10Khz but that shouldn’t bother most folks

If “Smalls” wasn’t so damn good and coming with “Biggie” I might like it more but little brother steals Biggie’s spotlight.

It’s about the music, the clan and being in it.

It’s never been about the money.  That, that is Strictly business. Venture Clan is about more than business. They helped a person, not in the clan, I hope not, cuz I sent a mail telling him to show some damn respect so if he is family…my bad.

I do not do good things to make others happy. I do them to make myself happy….about myself. Lee is like that.

Try and join the clan and get booted for being a fool or supported for trying not to be.

If you are a power user Biggie will be fine as he needs amp and a bass switch but since you get the really excellent brother “Smalls” (pic top of review…white IEM)…you get BOTH for less than you pay for 1 mediocre set from many companies….you pull triggers…you pull them nowz!!