FiiO’s taking aim at the meat of the market.

The FiiO FH1 is a shot at the Beats babies. That is a good shot to take as they are a massive chunk of market. 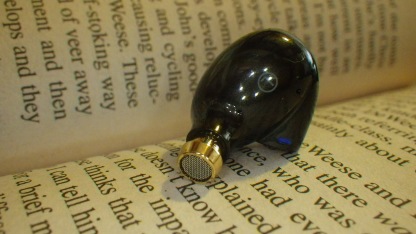 FiiO has made a plastic design with an MMCX connect and mesh covered nozzle with a lip for securing the eartips. The interior is lined with plastic to secure the driver and reduce resonance. The nozzle is fitted with a brass tube to control bass resonance and reflection

It feels like a peanut which is cool cuz it sits in your ear like hearing protection. Like all of the Fiio F9, F9 PRO and this FH1, they all fit very good. VERY good.

Foreplay/It’s been such a long Time

The wide spacey intro “Foreplay” is the kind of stadium rock anthem the the F9 PRO shine on. The treble clarity and peaks create a great sense of space. There is no perceived restriction on the virtual playback stage. Live recordings or those with large presentations from Classic to live 70’s arena rock shine on these

The FH1 has a slightly more intimate presentation but it is by no means restrictive.I just watched a vid describing this but damned if he mentioned a song…any song. The fuuu?

Using the song above the sense of space was still there but comparing with the F9 PRO it is not as wide..the sense of width anyway but that comes from treble peaks and i would take this over the F9 PRO

Male and Female vocal Fundamentals are stretched across the entire mid range.

Stevie Nicks and at times Lindsey Buckingham and others sound well balanced and well placed. The mids would be slightly forward or proper. There is no recess detected to my ears. The mid to early treble is one of the strong points of this set. Guitar also sounds very good both electric and acoustic.

Male and Female vocal Fundamentals are stretched across the entire mid range.

Stevie Nicks and at times Lindsey Buckingham and others sound well balanced and well placed. The mids would be slightly forward or proper. There is no recess detected to my ears. The mid to early treble is one of the strong points of this set. Guitar also sounds very good both electric and acoustic.

If you know where the mids start and finish you will note the almost identical lines so  clowns claiming the mids are of less quality than the F9 PRO are just full of shit.

You.. of the broken ears and crippled morals or.. are just too lazy to even mention the music you listened to, to arrive at conclusions with no reflections to point to in measurements c’mon… I have been noting that since Summer 2017 and you folks are kinda messed up. This is music gear. What in the good god fuck did you listen to for fucks sake?

Has HBB gone mad!!  Seriously. Sweep the garbage sites away by ignoring them. Ignore this site if the truth makes you queasy and uneasy.

FiiO did a graph:

The opening notes of John Paul Jones Bass guitar are clear and extend into the harmonic range nicely. The lower sub-bass seems to be somewhat lacking. These are not basshead in any form nor were they advertised as such

Now this is where the real difference occurs. The bass is impactful and authoritative without EQ yet it does not bother the mids at all. This is easily my favorite “F” series IEM done by FiiO.  Texture? Cmon man, 35Hz is 35Hz. It (the driver) moves with enough speed to play bass guitar solo’s with all 4 strings doing their thing and you hear it clearly. All music sounds great but,  Reggae like Bob Marley – “Natural Mystic” sound dope. Nice punchy bass with Bob Marley and the Wailers coming in loud and clear

Shorty Wanna be a Thug

There is a ton of studio deck mixing going on on this track and the better the treble the more you will hear. Everything comes through loud and clear. The F9 has a peak at 7-8Khz. The PRO has one at close to the same point according to their graph. it seems less harsh than the F9 to me? They could graph out identical but while it sounds like a bright IEM it does not grate on me like the F9 did initially. I got used to it or this is just a bit better in resolution, clarity and no worse than the F9 peak perhaps better. This could be my brain getting burnt in though so take that with 2 grains of Salt

The treble of the FH1 is not as airy or rough as the F9’s. Both of those sets are not comfortable for me listening to whole albums or sides of albums. The FH1 gets all the detail of this track with a slightly less sense of space due to treble peak position. It is an easy compromise for me as i like detail but not so much it limits my listening marathons.

Did FiiO do what they set out to do?

About time. That is a big market and they should make lots of these and hopefully sell them all. I LOVE THE FIIO FH1!!  They finally got it right if 80% of the market means anything and damn…son….it sure as fu does!

Compared to F9 and F9PRO