I wanted to try a 2 pin for the Audeze since it is kinda ghetto stock IMO.

I contacted him and he sent me the BT version after some back and forth.

You wanna try the white one?

And hell, BT buds suck pretty much so picking my own 2 pin set and making them BT is pretty damn convenient. I got em for free so my White Benz feels pretty damn fine.

Does free make a difference in a positive review?

Probably does on some level but I got complaints so not enough to prevent sharing that so no….

Comes in a nice box.
Who cares? 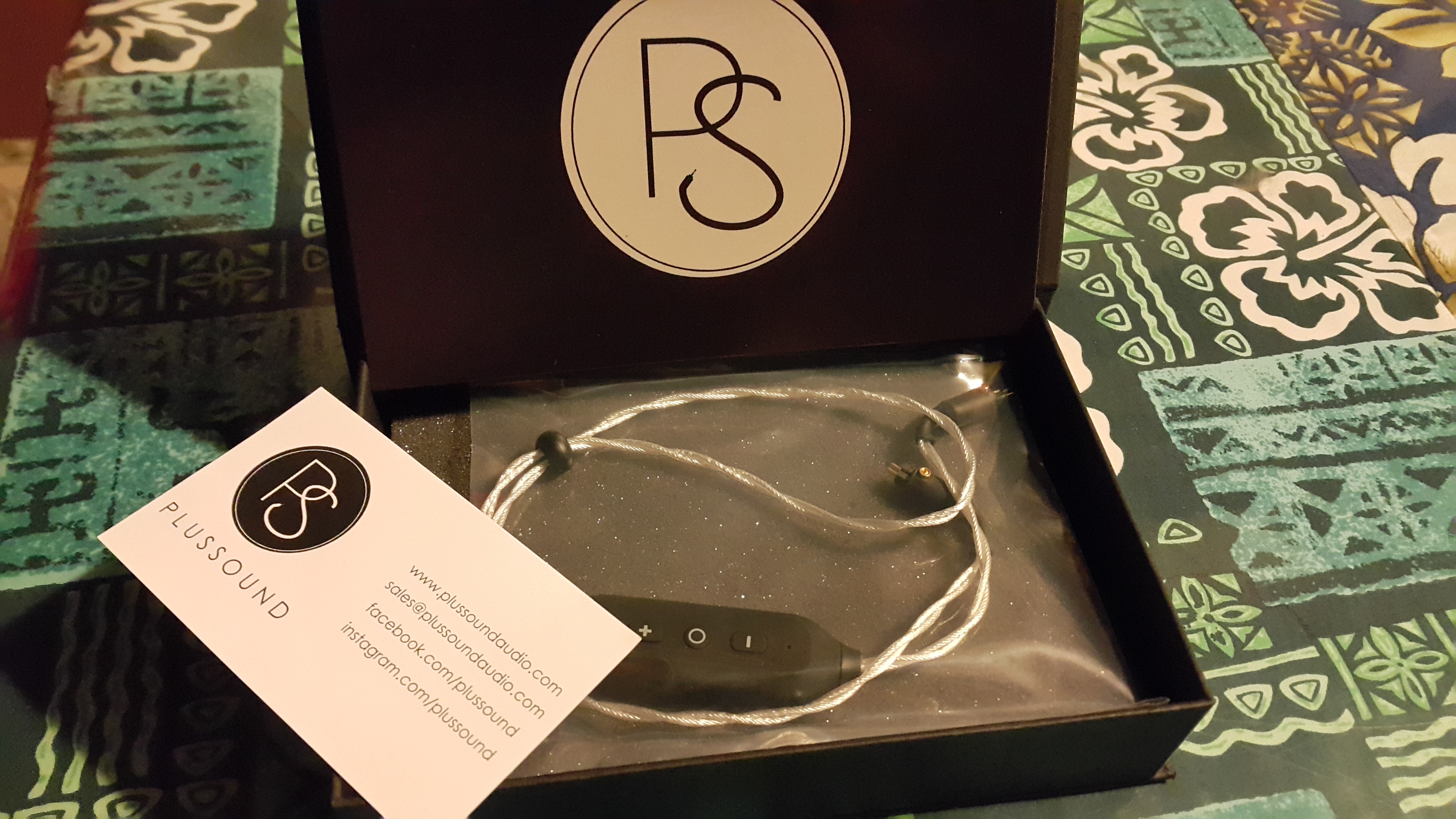 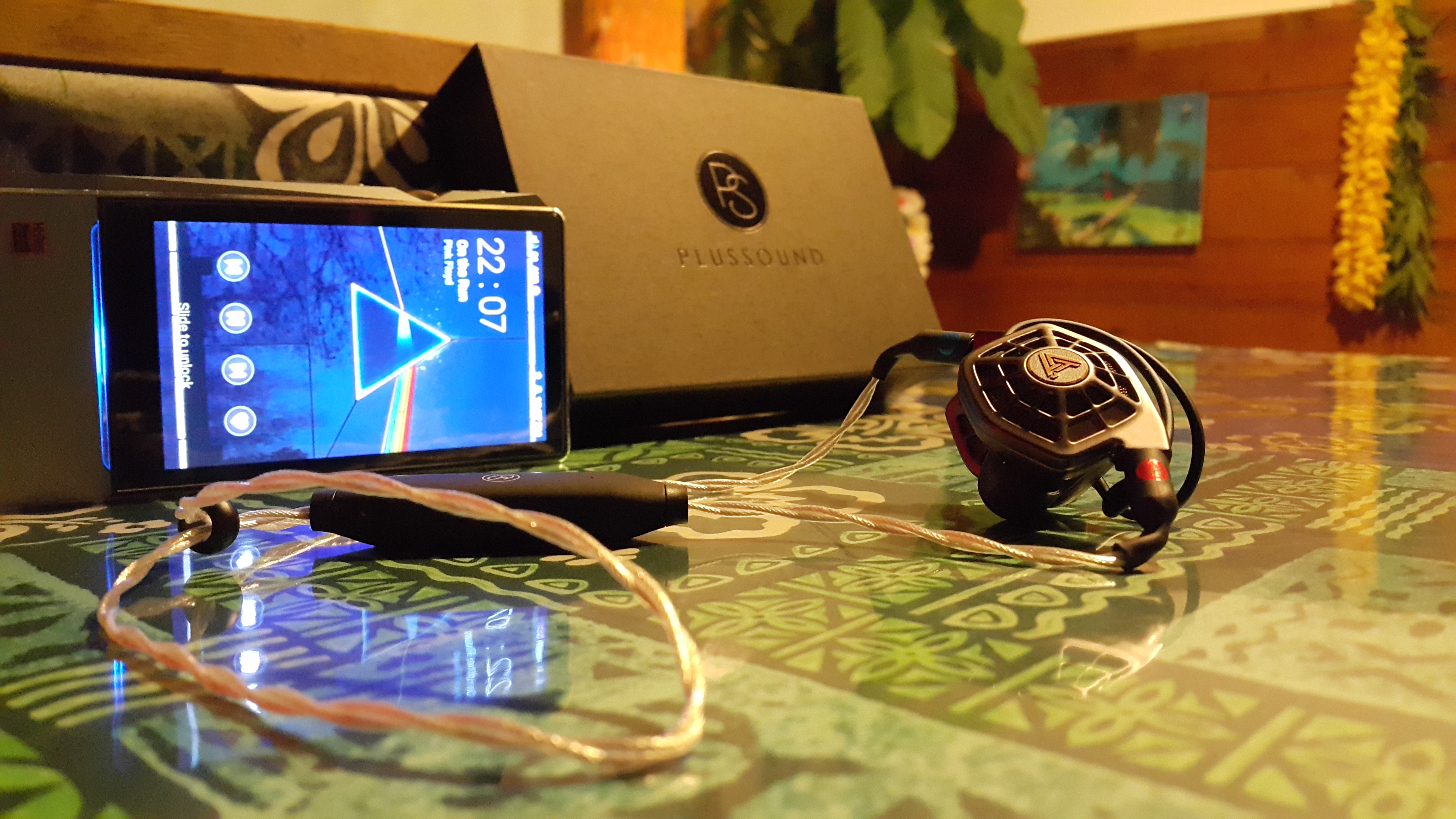 Red is left on all IEM tried and the notch on the rubber surrounding the termination might be better if it has no bend. Easier to wear down or make earhooks or he could on request though cable is short so there is limited cable to work with.

Everything was worn upside down or backwards so maybe this set was a mistake?

If I turn the logos facing inside they fit a bit better on the 64 Audio U12 but not great. i gotta think this is an odd set.

Red is left and logo turned in makes them fit better on some sets.

The red is right side with screws required to face outward, as provided in the instruction card. The only exception is with Audeze units which has the groove reversed, but red is still on the right. When customer specifies Audeze, we know not to include the cable bend. Otherwise, it would have it to make it more comfortable.

Pairing with all DAP’s with Bluetooth was very simple.

Keep holding button down until red and blue blink rapid and look for it on the DAP and pair.

Had no issues with any device 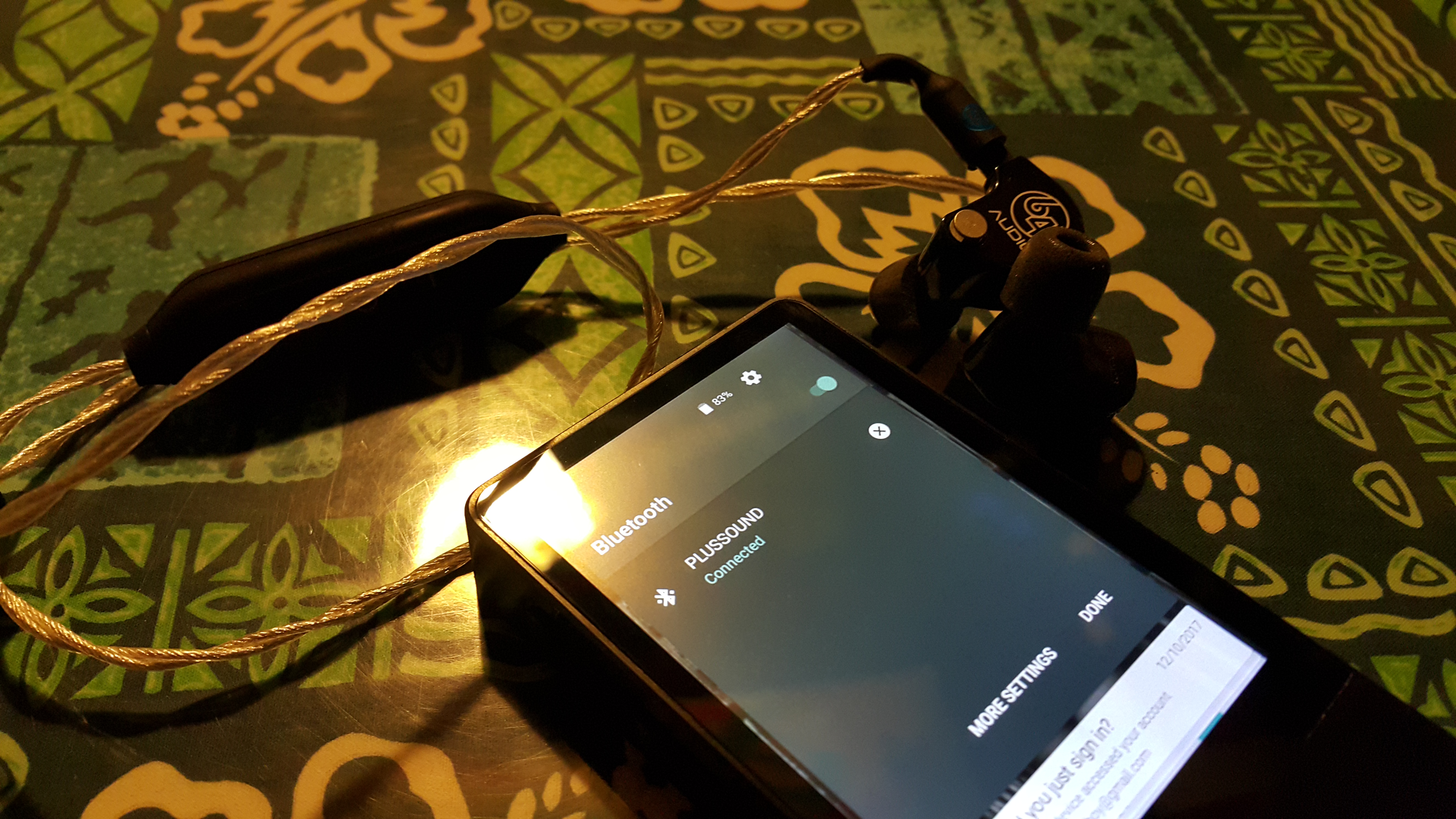 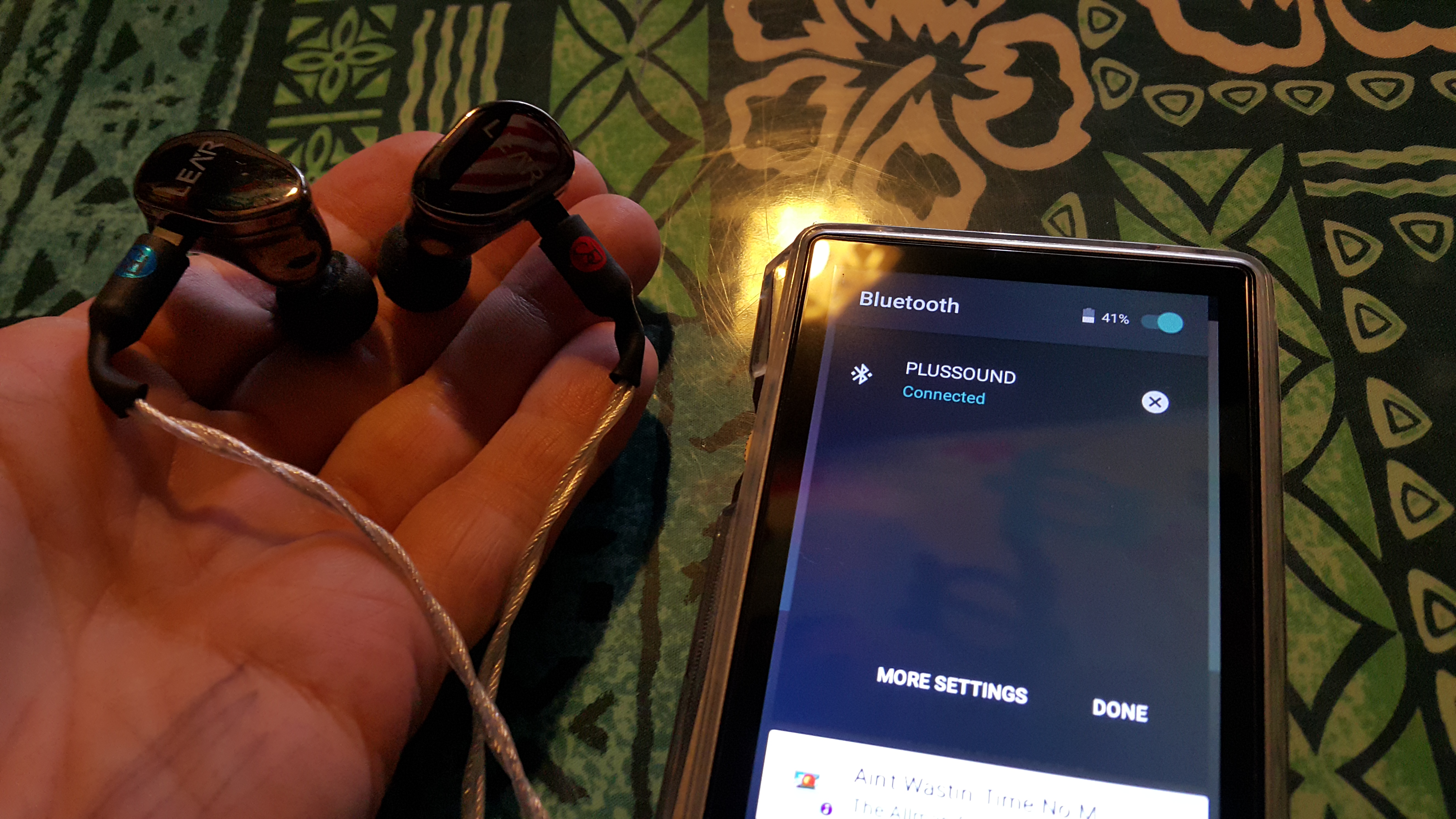 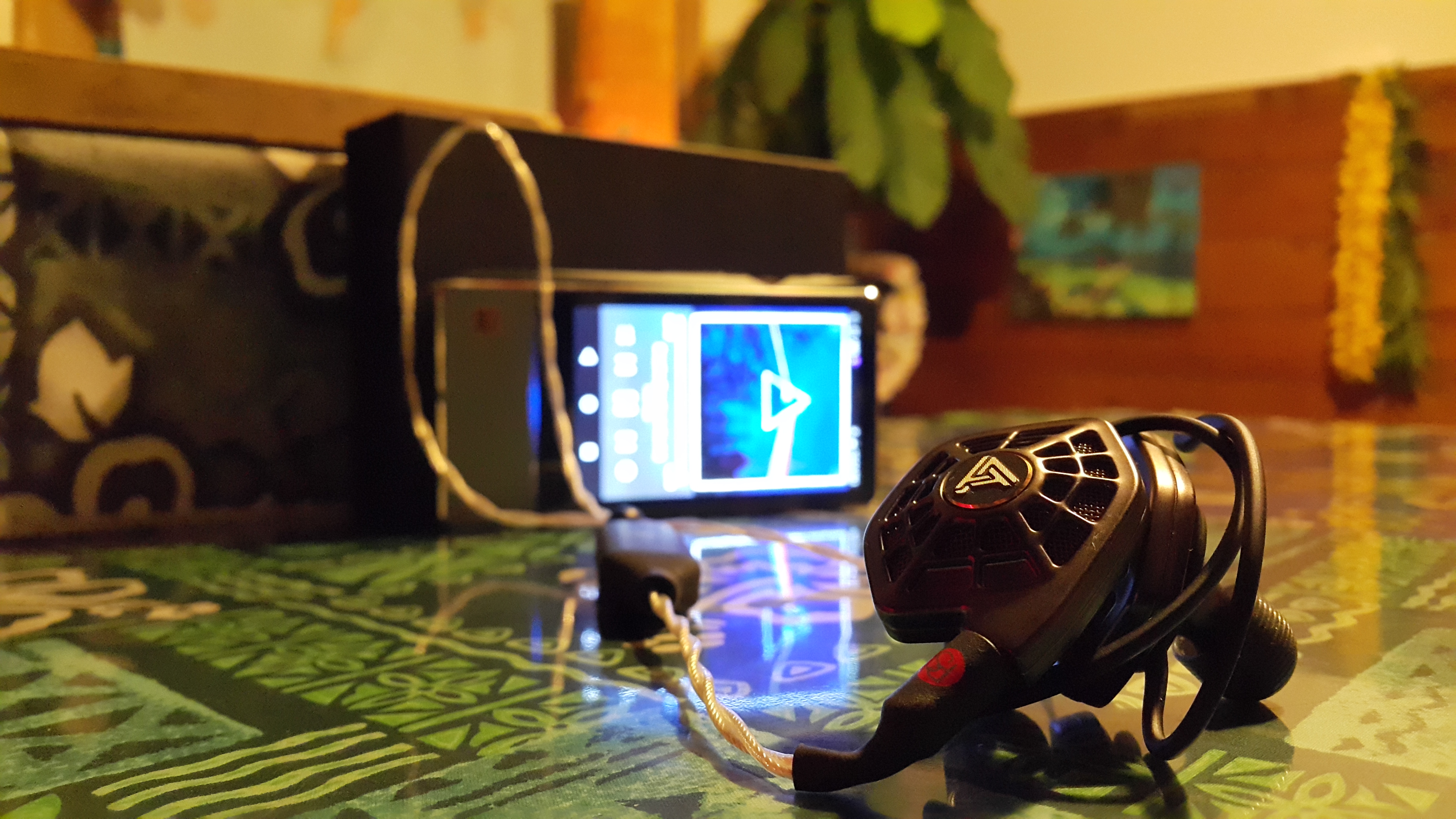 My man cave has Hawaiian beach towels on the ceiling 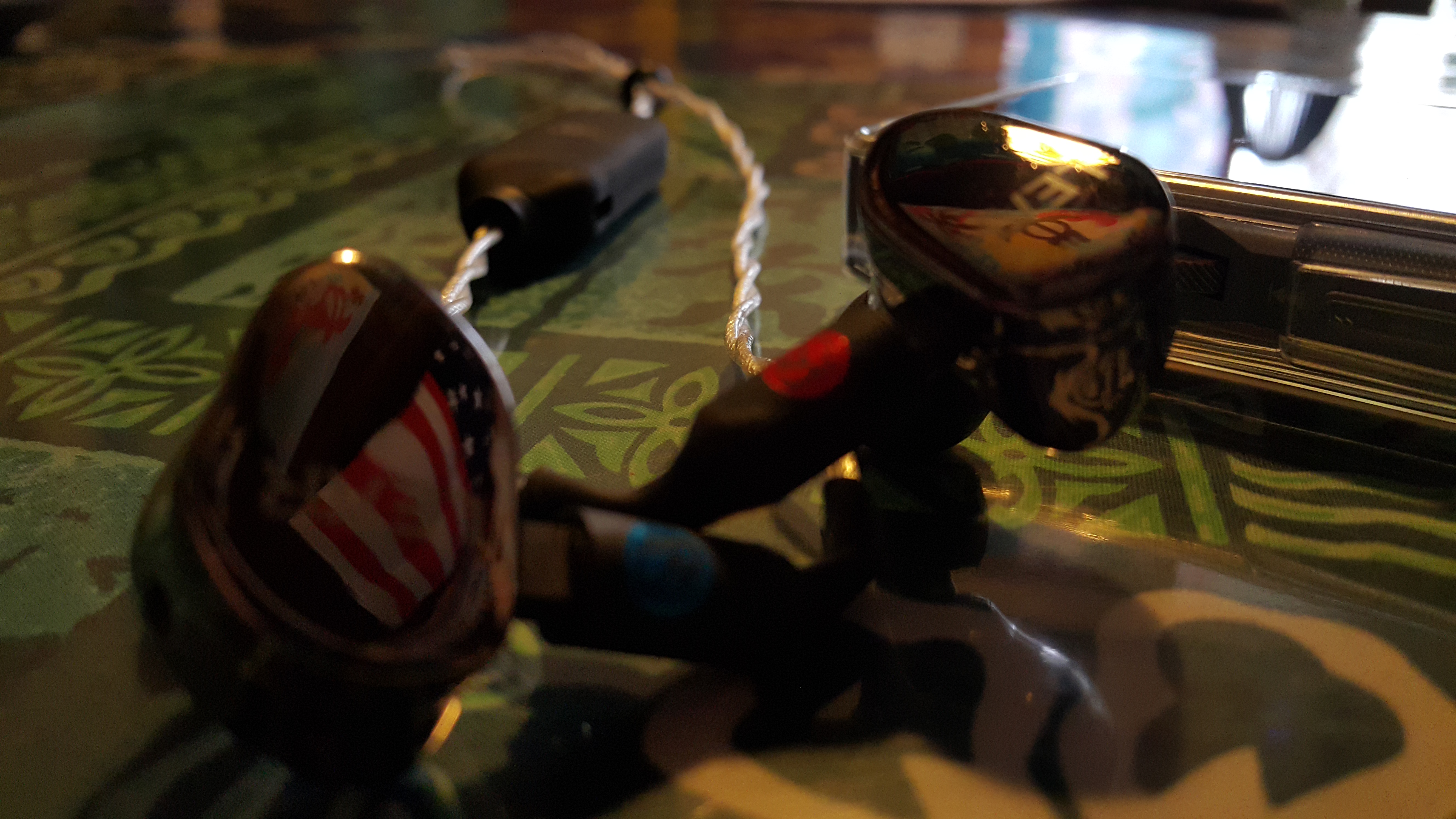 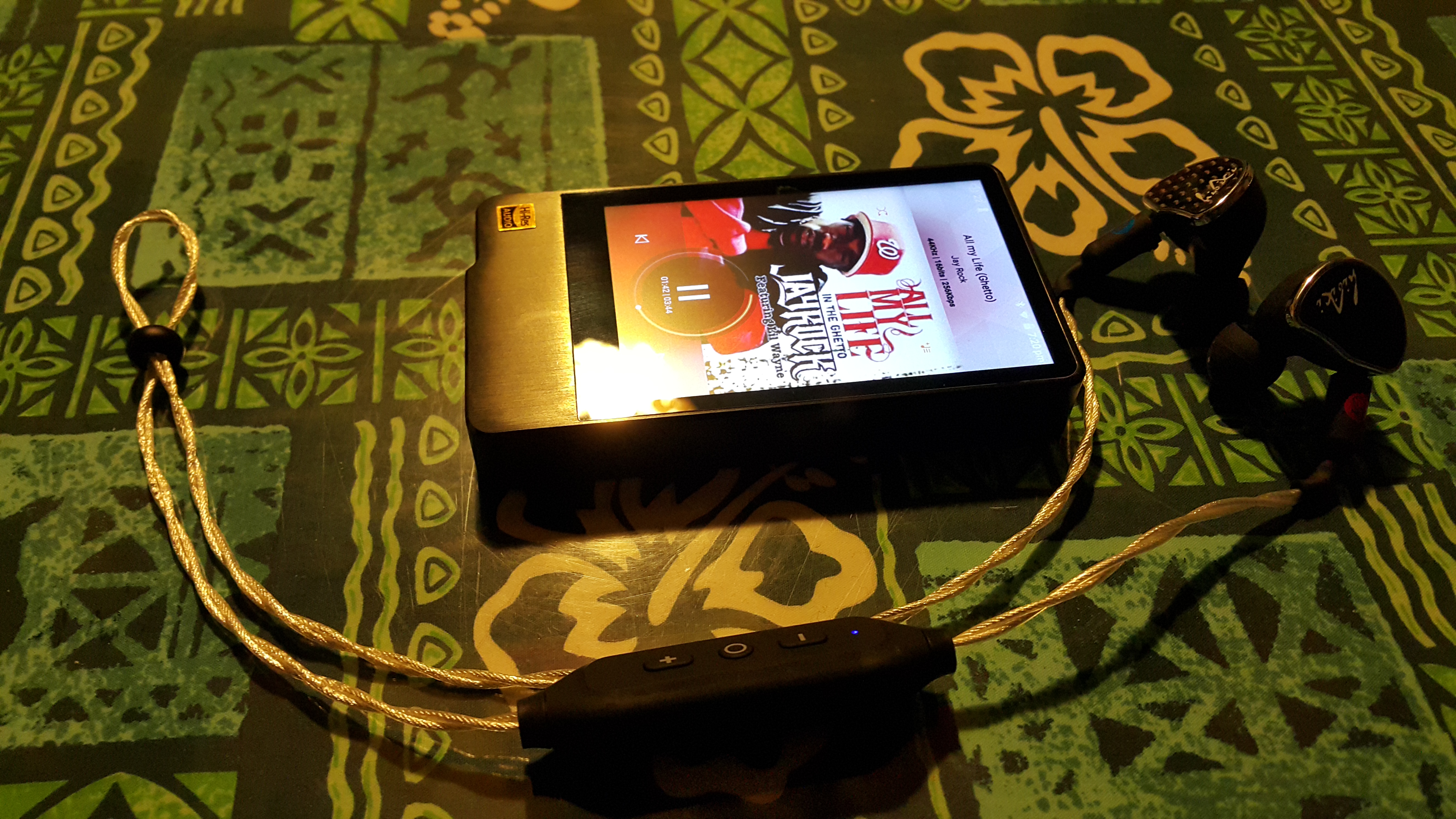 Take whatever the fu you like with you and suffer no audible loss in quality.

Unit housing kinda big .If i wear the cable behind my head like some Sony sets it fits better on the U12 and Hibiki but then I have to reach behind my head to touch the controller which is right behind my ear 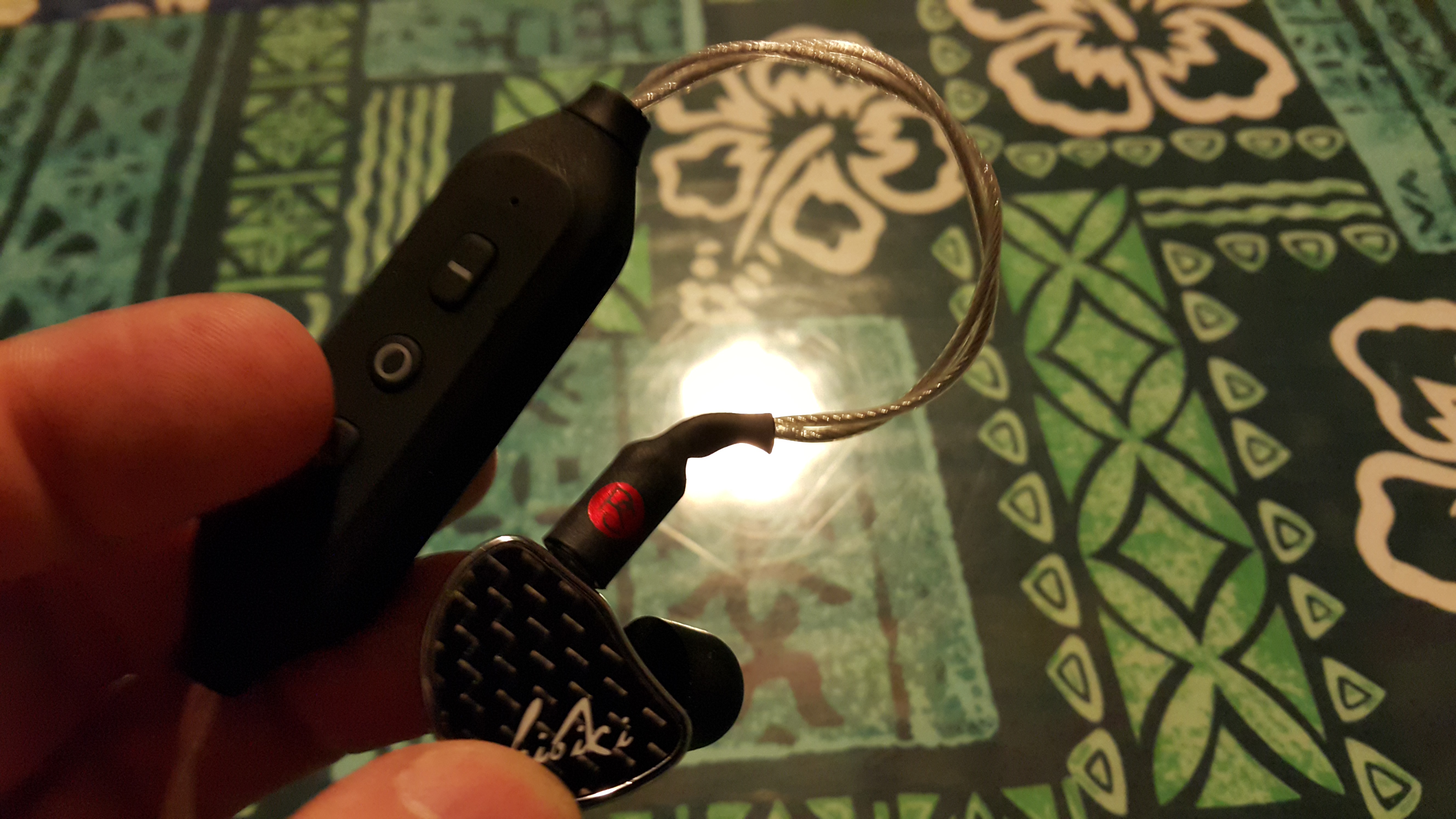 Thanks to the guy who sold me the white instead of Blue Benz.